Tolkien and the Eternal Fire

“I have come to set the world on fire. How I wish it were already blazing.”

The artist’s reputation has descended into pits of infamy worthy of enshrinement in second-rate sitcoms. At best the artist is represented as a person prone to infantile neurotics and at worst as a downright, unabashed cad. Unfortunately, his reputation stems from real life representatives. This cannot continue. Artists are too powerful to act as the most spoiled of children. Art is too important to be made by those who are self-embodied scandals in perpetual action. J.R.R. Tolkien is the perfect example of what an artist can become and what his art becomes when he does so. 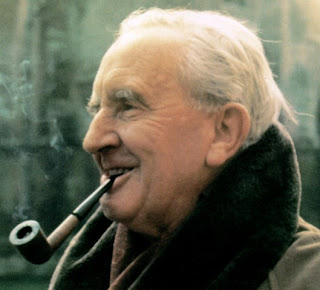 Tolkien, first and foremost, was a disappointment to his peers. He was brilliant. His thesis paper on Beowulf earned him world-wide recognition among scholarly circles and a spot amidst the dignified Oxford dons. The next step to solidify his reputation and further his career would have been some dreadfully boring tome on some obscure subject that would take several degrees for anyone to understand the title. Instead Tolkien wrote a story about a fuzzy footed creature that ate five meals a day (or more when he could get them) and called it a Hobbit. When the book was published Tolkien’s fellow professors probably dropped their journals into their coffee in surprise. They could not see the connection between Tolkien’s luminary thoughts on Beowulf and his pipeweed smoking wizard, or his unparalleled translation of Sir Gawain and his eleven obnoxious dwarves. There is a connection, and that is the secret of Tolkien.

Tolkien knew the power of a story. He respected the role of the storyteller. His thoughts on the significance of Grendel remained intact when he created Sauron. His knowledge of Gawain’s quest came into direct use when the author recorded Frodo’s. Tolkien realized the role of the writer. He saw that in order to sub-create a world large enough for the reader to become lost, the artist himself must be big enough to birth the idea. The Englishman went about his sub-creation in the one way that enabled him to draw up a universe as massive as middle earth - He reached for the classics and stretched himself into an intellectual giant. An author can create a masterpiece by accident. He can fall into the happy co-incidence of an epic tale that takes on a separate life of its own and outdoes his own capacity to create.  Star Wars is the perfect example of such a tale. Lucas drew on arch-types. He chose the wise wizard to lead the pure pupil and the fallen hero to defeat the ultimate villain. He created a world in which an entire generation has become enmeshed, but, for the life of him, he cannot recreate that same universe. Since the original trilogy, there has not been a single addition from Lucas that fans have accepted, and those who most admire the Star Wars universe almost universally condemn his second trilogy. The horrible changes he has since made to the original three movies have become a painful embarrassment. Lucas simply did not know what he was doing when he set Luke on the trail to follow his father’s footsteps. In direct opposition to this example, Tolkien knew only too well what he was about when Frodo set out to destroy the Ring. Tolkien had been preparing himself for this Herculean task since childhood, and, even as it was with Frodo’s journey, grace did not fail him on his journey.

The artist embarks on a journey with every sub-creation he truly undertakes. There is a unique discovery of thought behind each bend of the story that was not present in the author’s mind before he began. Only after some light pierces the darkness of the mind can the author set pen to paper and create the next step of his character’s journey. In the end, it simply does not matter if his book dies a dusty death upon the shelf. The call of the author is to sub-create. It is his God-given duty, and it matters not if no one ever reads what he writes, for the very act of writing brings about a change so divine in the author that he is all the better for it. This is something that Tolkien knew only too well. Epic tales such as his were completely out of date when he set about to create it. When his tale was conceived within the recesses of his mind, he probably expected that his manuscript be spent plugging the hole of some bomb damaged roof, or burn in the fires of a war-torn Europe. Yet he wrote nonetheless. Even so, when genuine art is created with complete freedom, the artist cannot but grow from it. That is enough.

But Tolkien was surprised. His works survived the wars and entered into the hearts and minds of the entire world. When art becomes so popular, it often is because it contains an ability to be interpreted so broadly that anyone can bend it to fit into his moral measurements. Shakespeare shares this ability. His works are all at once, Christian, Atheist, Liberal and Conservative. He exists and might not at the same time.  Because Tolkien wrote completely and honestly, his work has only one understanding - his own. When he spoke of Light and Glory, his metaphors struck a blow for Catholic philosophy across the world. He was not a subtle, sly deceiver. He was a Catholic that allowed his faith to influence everything he did, especially his writing. He did not preach; he sub-created in co-operation with his entire being. His essence of man included his gift of faith and his calling of an artist. In this manner, his works contained eternal truths that are still setting the world aflame.

This is the calling of the artist. Art affects man on a deeper level than any intellectual argument can ever penetrate, so it has the capacity to enflame the soul. When the artist is an intellectual giant who writes from the complete honesty of his entire being, his work becomes a torch in a world of darkness. Such was Tolkien, and the flames set off by his pen are still burning across the world. Lit by this beauty of the ages, the path between God and man becomes illuminated. This is art. This was Tolkien.

“Every genuine art form in its own way is a path to the inmost reality of man and the world.” –Pope John Paul II 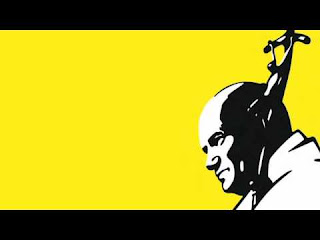 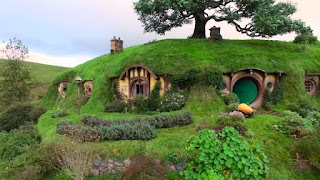 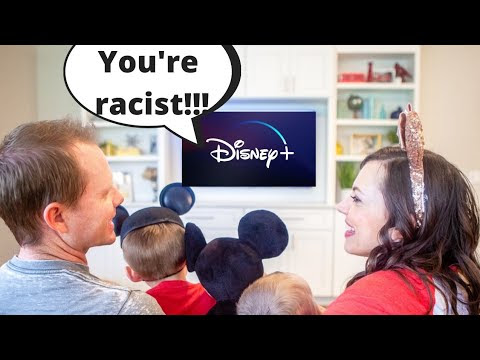